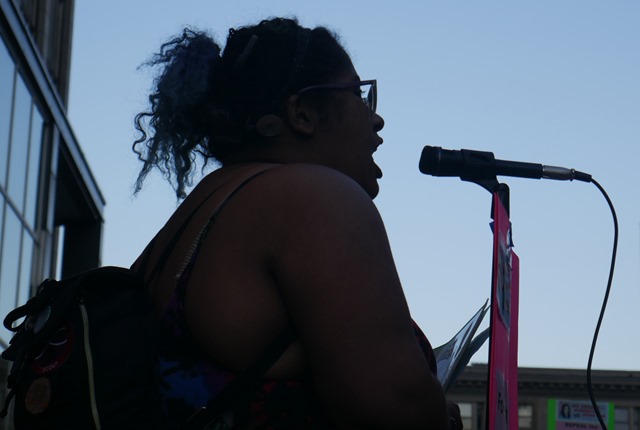 What a year it’s been! Let's hear it for everyone who fought the good fight against 2021’s constant background of Covid, climate change, and general uncertainty. Heartfelt sympathy and solidarity to those who’ve lost loved ones, fought illness, or suffered job loss and other hardships this year.

Truly, for those with a social conscience, the last two years have shown that humans will rise to help and defend each other when offered the chance. This is an inspiring lesson for our ability to make change.

We’ve also seen the growth of the far-right with women, people of color, queer and trans folk, and workers in their crosshairs. The misogynist, capitalist patriarchs of the U.S. Supreme Court are targeting reproductive rights and separation of church and state. Voting rights and labor protections are at risk.

Meanwhile, the Democrats are most concerned about what’s good for corporations and winning over votes from Trump supporters. Biden’s administration has been virtually silent on the issue of abortion rights, underscoring how useless the Democrats are in defending people most at risk.

Those pressing for positive change have our work cut out for us in the coming year – continuing the momentum to build a multi-racial, militant working-class feminist fight to defend bodily autonomy, human rights, and Mother Earth. We need a global economic system of shared resources where the majority makes the decisions. All aboard for the socialist, feminist revolution!

Please join the struggle in 2022. Your leadership, experience, voice and passion are needed! Contact rw.us@radicalwomen.com to get involved with Radical Women.

Below are some upcoming opportunities around reproductive rights in January. Keep an eye on the calendar at ReproJusticeNow.org for more events in other cities on or around January 22, the anniversary of Roe v. Wade which legalized abortion in the U.S.