“Radical Women emphatically agrees with the position of the NAACP for Officer Cynthia Whitlatch’s firing after her racist treatment of a 70-year-old Black man. Police in Seattle, as in many other cities, are out of control,” says Sarah Scott, anti-police brutality author and Radical Women member.

"Incidents of unprovoked police harassment by officers, including two recent episodes by women cops caught on video, remind us that racism and crackdown on protestors are embedded within SPD. Federal oversight by the Department of Justice and a female police chief are not enough to change the culture of abuse in the Seattle Police Department. This is all window-dressing. It’s time for a real change by imposing community control. We need an independent elected civilian control board to take over police hiring, investigations of misconduct, discipline, and firing.” 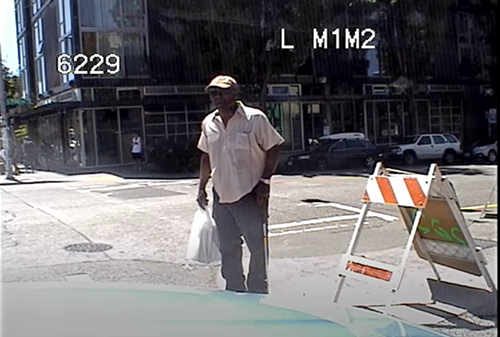 “Radical Women demands that immediate action be taken against the two female cops shown on video in unprovoked acts of police bullying. The first woman cop, Officer Whitlatch stopped, harangued, and arrested a 70-year old Black pedestrian who was doing nothing but using a golf club as a cane. It was also discovered that Officer Whitlatch had posted racist comments on her Facebook page after the shooting of Michael Brown in Ferguson.”

“The other recent incident of out-of-control police shows a female officer pepper-spraying Black teacher and activist Jesse Hagopian and a white female who were present near a line of bicycle cops who stopped an impromptu march downtown after the Martin Luther King Day event had ended at the Federal Courthouse. Radical Women calls for banning the use of pepper spray on protestors. It’s an obvious violation of First Amendment rights. We’re glad to see that Mr. Hagopian is suing the city for this unreasonable act. He is one of many demonstrators who have faced forceful repression at the hands of police officers.” 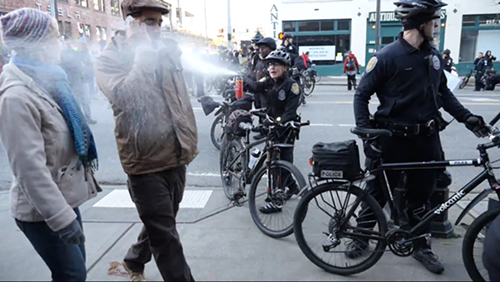 “The feminist movement has fought for affirmative action and equal opportunity, but not so female cops could also harass people of color and demonstrators,” says Scott. “It is an outrage. It is clear there is a deeply entrenched culture within the SPD that a badge gives officers free rein. Wherever there are police, there will be police harassment and brutality. We must put an end to this by holding these two officers responsible for their racist and dissent-squelching actions. This would be a significant start.”

To interview Ms. Scott, or for more information on past organizing efforts for an elected civilian review board in Seattle, call 206-722-6057, or email RWseattle@mindspring.com