-- The role of U.S. imperialism and the IMF
-- How government policies impoverish workers
-- Prospects for revolutionary change


Standing up for women’s lives from Afghanistan to the U.S.

Get to know what Radical Women and feminists internationally are doing to fight for women’s liberation and progress. Battling for “bread, work, and freedom” in Afghanistan, mobilizing for reproductive justice in the US and building labor support and involvement– these are just a few of the important fronts of “women’s work.” Check it out and learn how you can get involved! 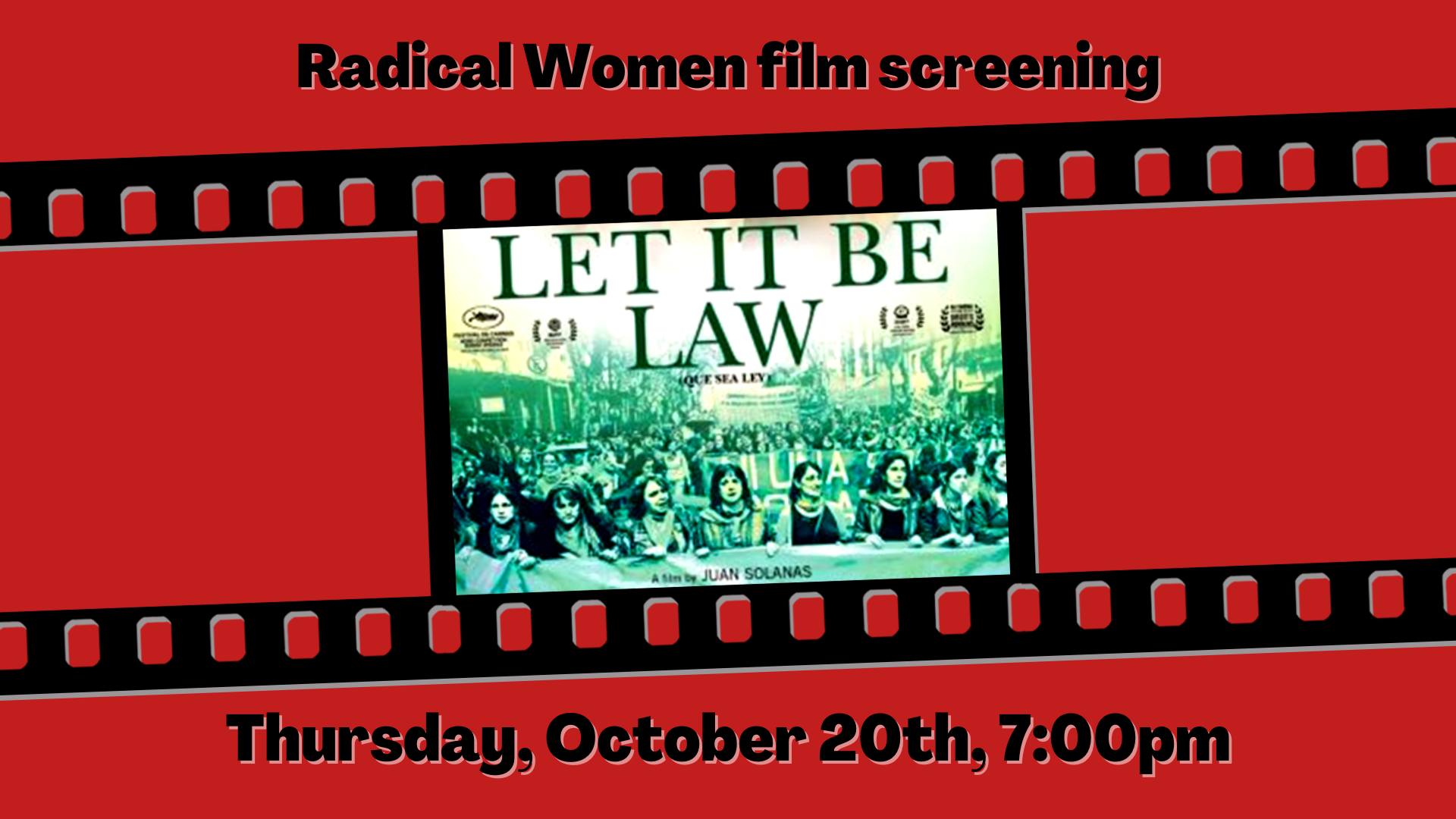 This powerful 90-minute film documents the massive organizing that occurred in Argentina predominantly by women as they challenged their government and church to pass free, legal, and safe abortion laws across the country. For seven years they persisted until abortion became a national right. Here in the USA we need to gather and organize the same energy to defend the right to abortion and full reproductive freedom. Discussion will follow the film. 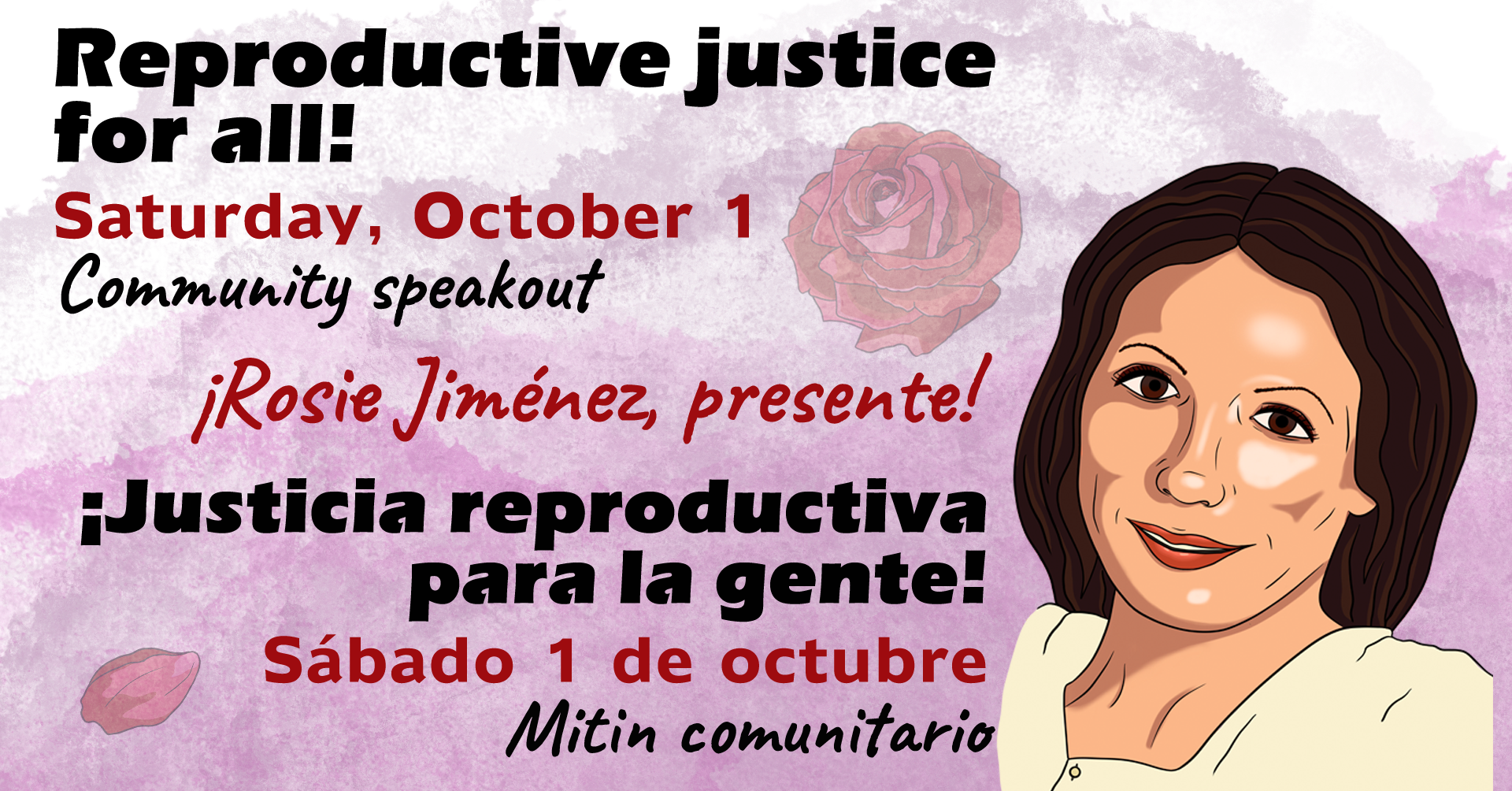 
Childcare workers rise up and organize!

Hear a first-hand account from childcare workers Kailin Tintes and Charlie Morrison of the Magnolia Childcare Union. This union is organizing to represent MightyKidz childcare workers. Ten workers from the day care were recently fired in retaliation for organizing a union to achieve fair wages, adherence to state-regulated teacher/child ratios, and regularly scheduled lunch and 15- minute breaks. The sudden loss of their jobs resulted in financial hardship and loss of medical benefits. Find out how to help support this important struggle including the workers getting their jobs back. Also on the agenda: get involved in other upcoming Radical Women activities.

Sponsored by National Mobilization for Reproductive Justice and Radical Women 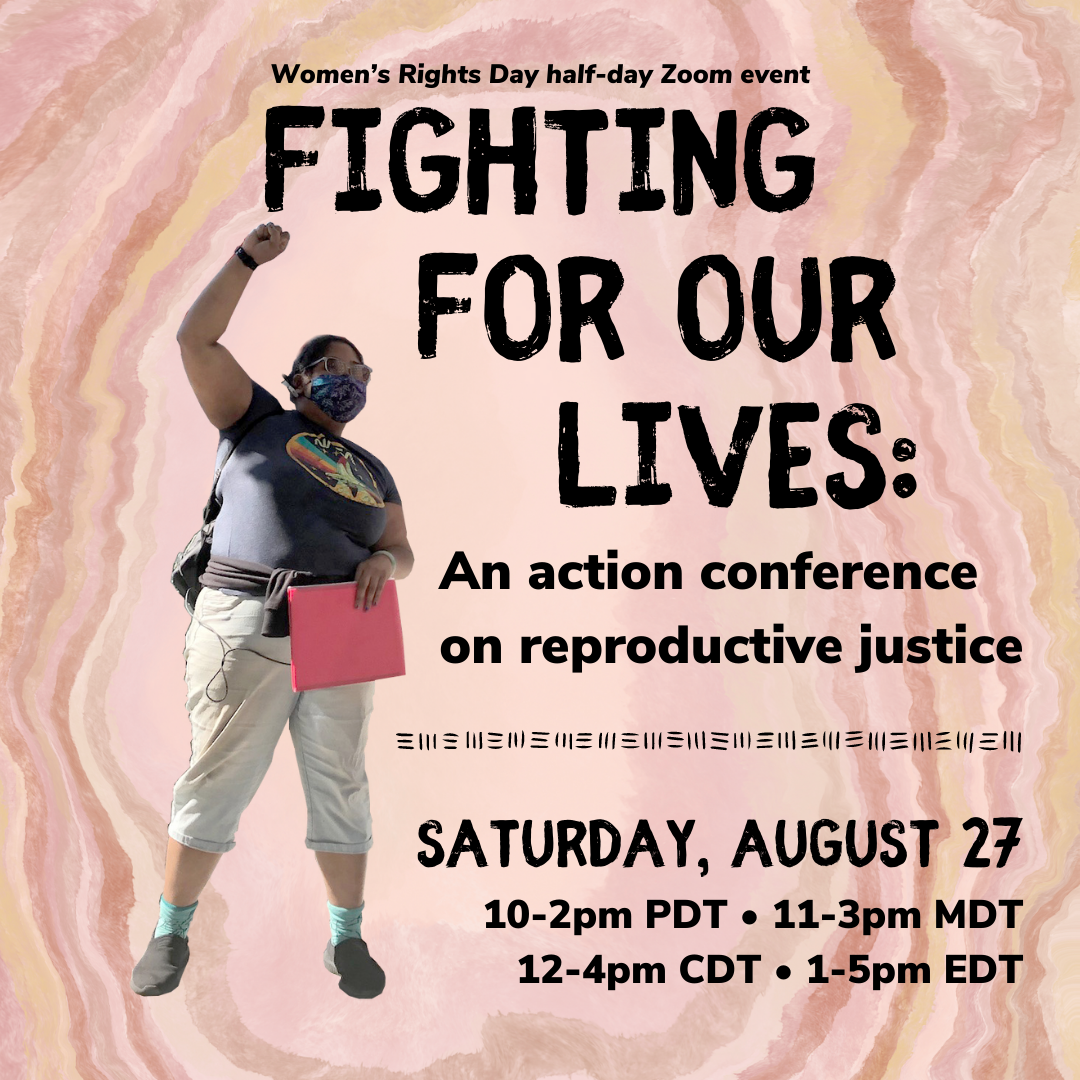 FIGHTING FOR OUR LIVES:
An action conference on reproductive justice

Join other activists in strategizing next steps in the defense of abortion and reproductive justice. This national Women's Rights Day half-day online event opens with a panel on "Perspectives from grassroots leaders," and features hands-on workshops on "Breaking the race barrier," "Labor in the forefront," and "All aboard for next steps." Don't miss it!

Opening panel: Perspectives from grassroots leaders Workshops: Breaking the race barrier - Labor in the forefront - All aboard for next steps

Flyer for posting (pdf): full sheet or half sheet

Register in advance at https://tinyurl.com/2022WRD

Sponsored by the National Mobilization for Reproductive Justice and Radical Women
Information: RW.US@radicalwomen.org • 206-985-4621


Shout Your Rage at the SCOTUS decision!

Get loud and have fun in the sun with like-minded feminists while learning the skill of speaking at rallies and protests. It is time to make our voices heard! Get the basics from socialist feminists who have been upsetting the system since Day One. Learn how you too can make some noise as a Radical Women member!
Facebook event here: here. 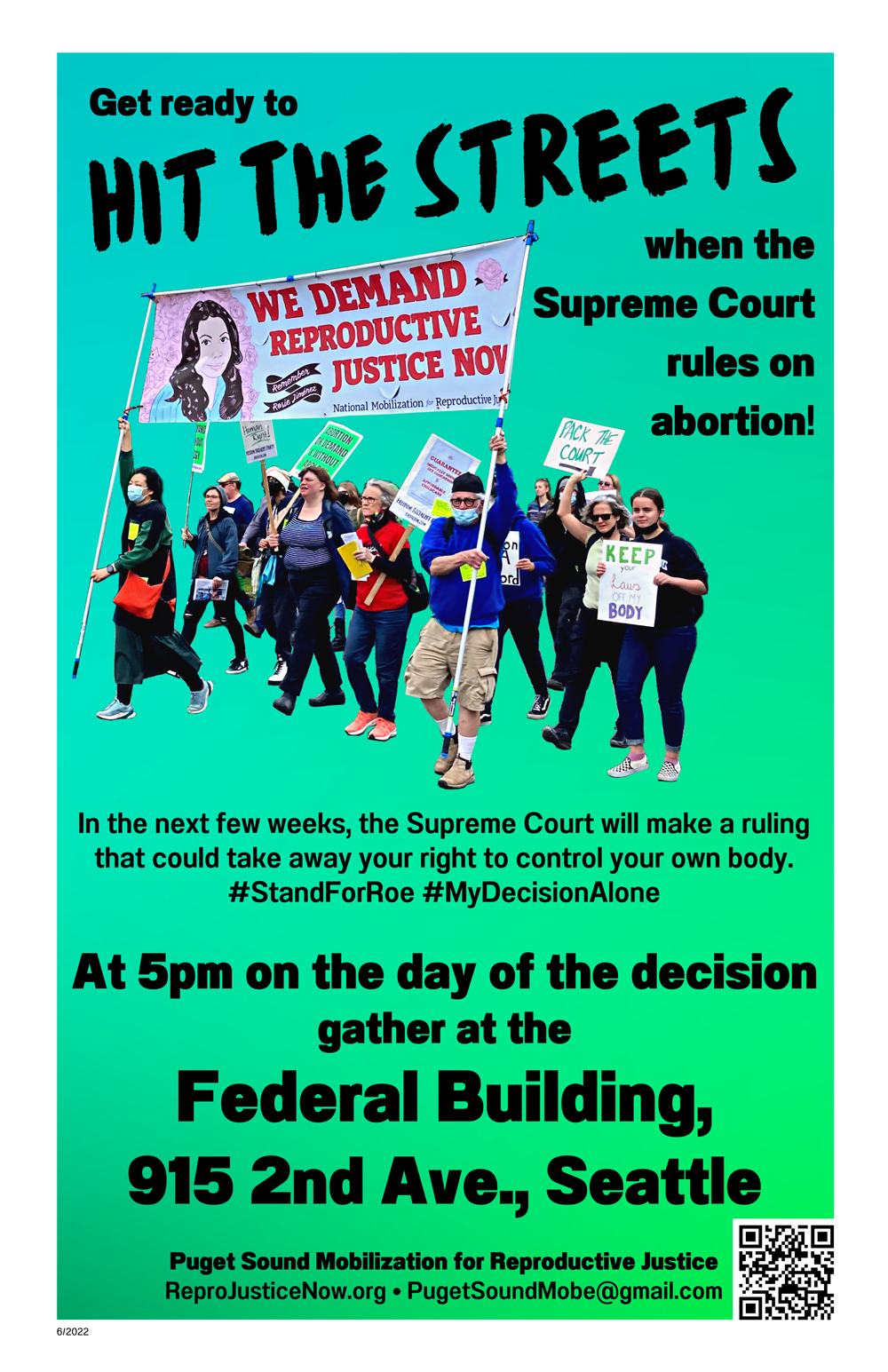 
The leaked draft decision from the conservative Supreme Court not only threatens reproductive freedom, but queer and trans rights as well. As states continue to pass anti-trans legislation, this decision would greenlight these reactionary measures and endanger hard won LGBTQ+ victories. Examine the continued rightward march of the nation’s highest court and how to fight back.

To donate to the Freedom Socialist, go to socialism.com/donate


Why is controlling our bodies a threat to the system? 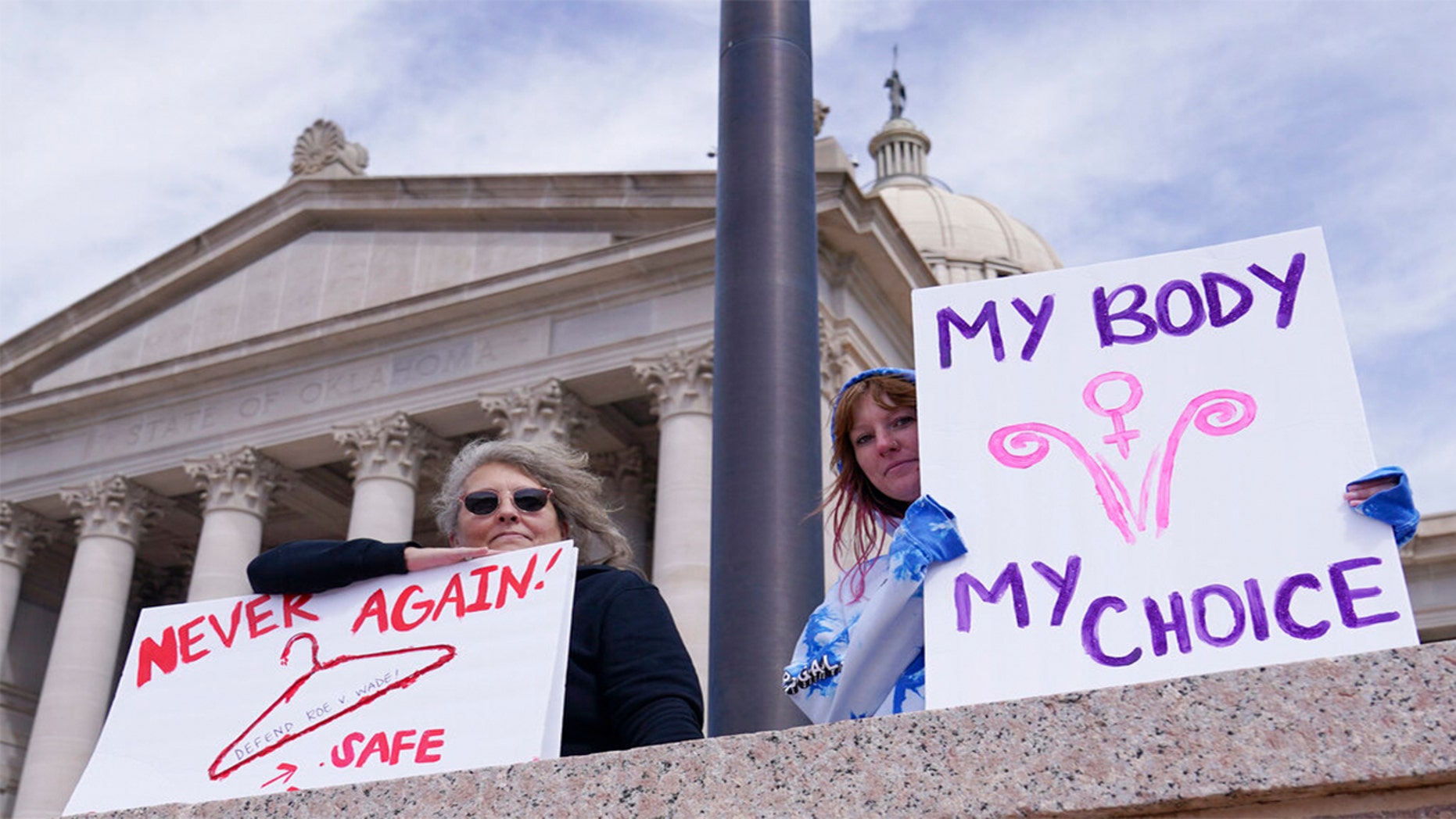 The Supreme Court is getting ready to overturn the right to abortion and trans youth are under attack. Equality and bodily autonomy of women, non-binary and trans people are more threatened than ever despite generations of struggle. Why is abortion such a threat to the status quo? How does this intersect with sterilization policies aimed at BIPOC and disabled people? Learn about the role of the male-headed nuclear family as a foundation of the capitalist economy. Get an optimistic look at what it will take to create a new society with true equality. All genders are welcome.

Teach-in will be followed by activities to show the Supreme Court public support for Roe v. Wade.

Or watch livestream at facebook.com/RWseattle


Revolutionary Integration: Linking the Struggles for Black Freedom and Socialism

How can we get rid of systemic racism? What is the road to justice and Black liberation in the U.S.? And how is this tied to the struggle for socialist revolution?

Discover the answers in a study of Revolutionary Integration: A Marxist Analysis of African American Liberation and other readings. Discussion will include the connection between the Civil Rights and labor movements; the need for radical Black leadership and role of women and LGTBTQ+ folks; and how to build a multiracial movement powerful enough to win fundamental change.

Register at tinyurl.com/RevIntStudy to receive the reading schedule and zoom link.

Call 206-722-2453 or email seattleFSP@socialism.com for more information or to obtain reading materials. 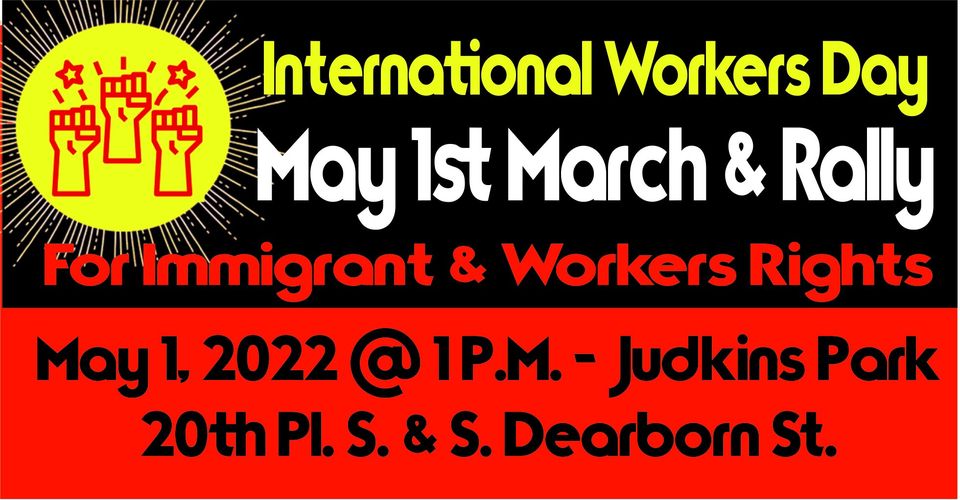 Join Radical Women and other reproductive justice activists at this annual celebration of International Workers’ Day, hosted by El Comité and May 1st Action Coalition. We know reproductive justice and accessing reproductive healthcare an issue that affects working class women, especially women of color. We will be marching under the “We Demand Reproductive Justice Now: Remember Rosie Jiménez” banner, so look for that banner in the photog For more event details, check out the general Facebook event Facebook event as well as the one for our contingent .


Prepare the reproductive justice contingent for May Day! 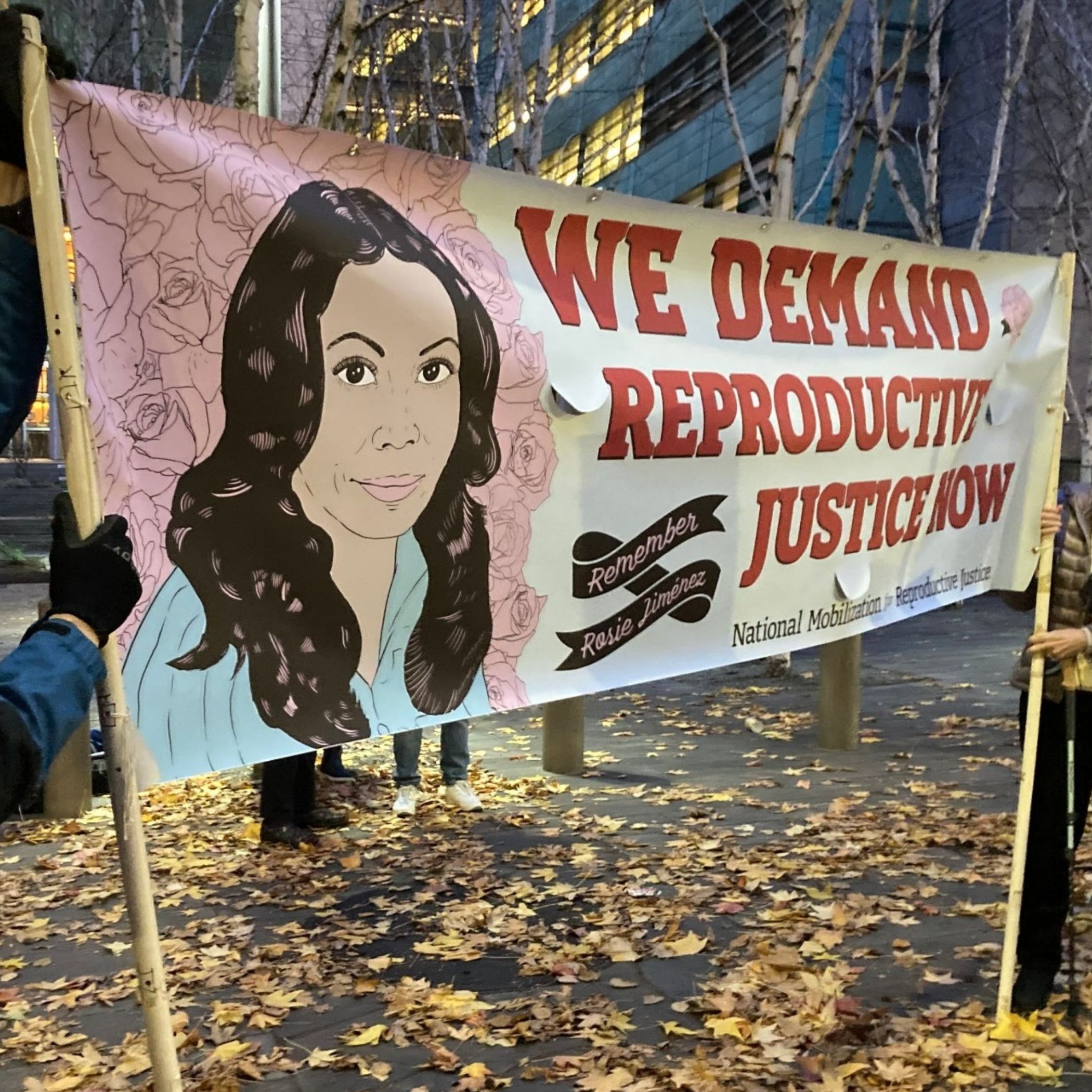 All are welcome to help make picket signs alongside community at this in-person event! Help Radical Women prepare to support the May Day march and rally hosted by El Comité and the May First Action Coalition. We will be setting up materials for the march on May 1st, at which we are going to represent a reproductive justice contingent! The contingent will carry the banner in the photo above. Details can be found on our Facebook event.


Women on the Frontlines: War in Ukraine, Battles at Home 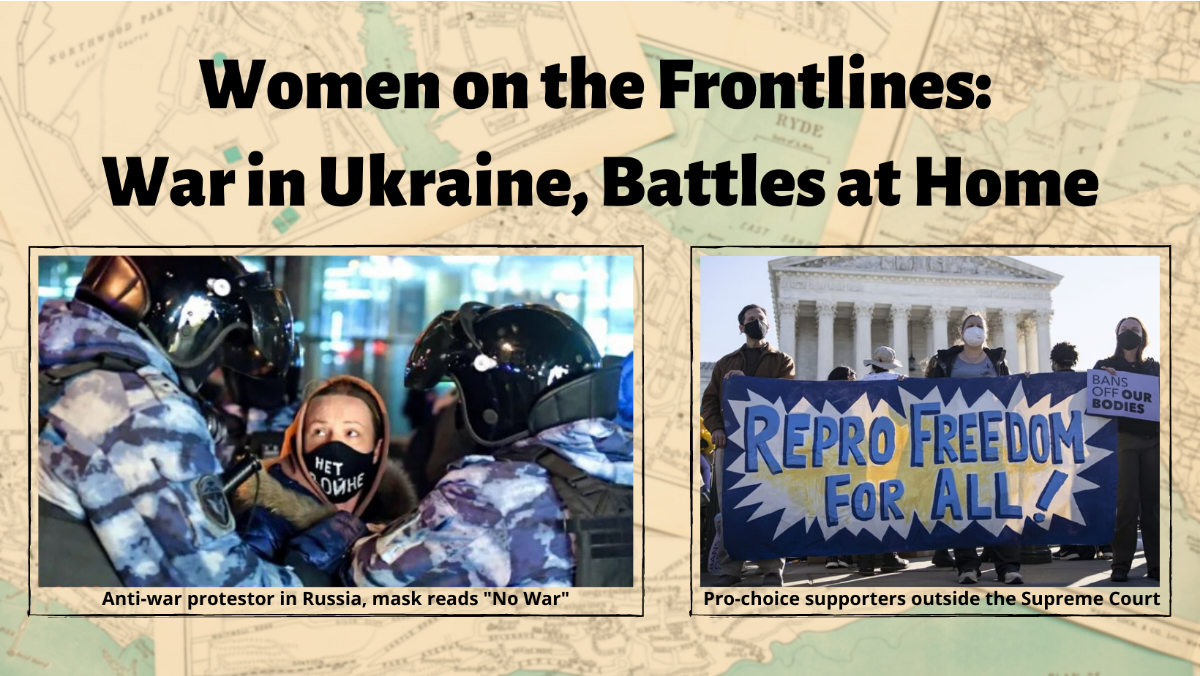 This organizing meeting will focus on two fronts: the impact on women and marginalized people of Russia's invasion of Ukraine, and the ongoing battle at home to defend the right to abortion and reproductive justice. Hear lessons from the 2011 Reproductive Freedom Summer in Jackson, Mississippi that Radical Women participated in and get updated on local and national efforts to defend the right to reproductive justice. Get plugged in!


Say NO to banning books: The latest war in education 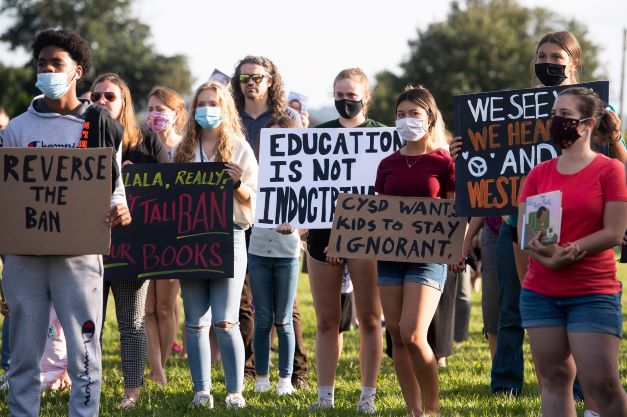 Who is behind the escalating push to ban books in schools? How can civil liberties supporters put a stop to it? Hear from two educators Davida Sharpe-Haygood, professor of education, and Bob Vegar, high school librarian, about what’s happening in local schools. Learn the connections to the attacks on Critical Race Theory, and hostility to LGBTQ folks and other marginalized communities. Examine how censoring books reflects an uptick in far-right organizing that uses banning as a front for outright bigotry. Open discussion follows.


Still We Rise: Women Rebel Against All Odds 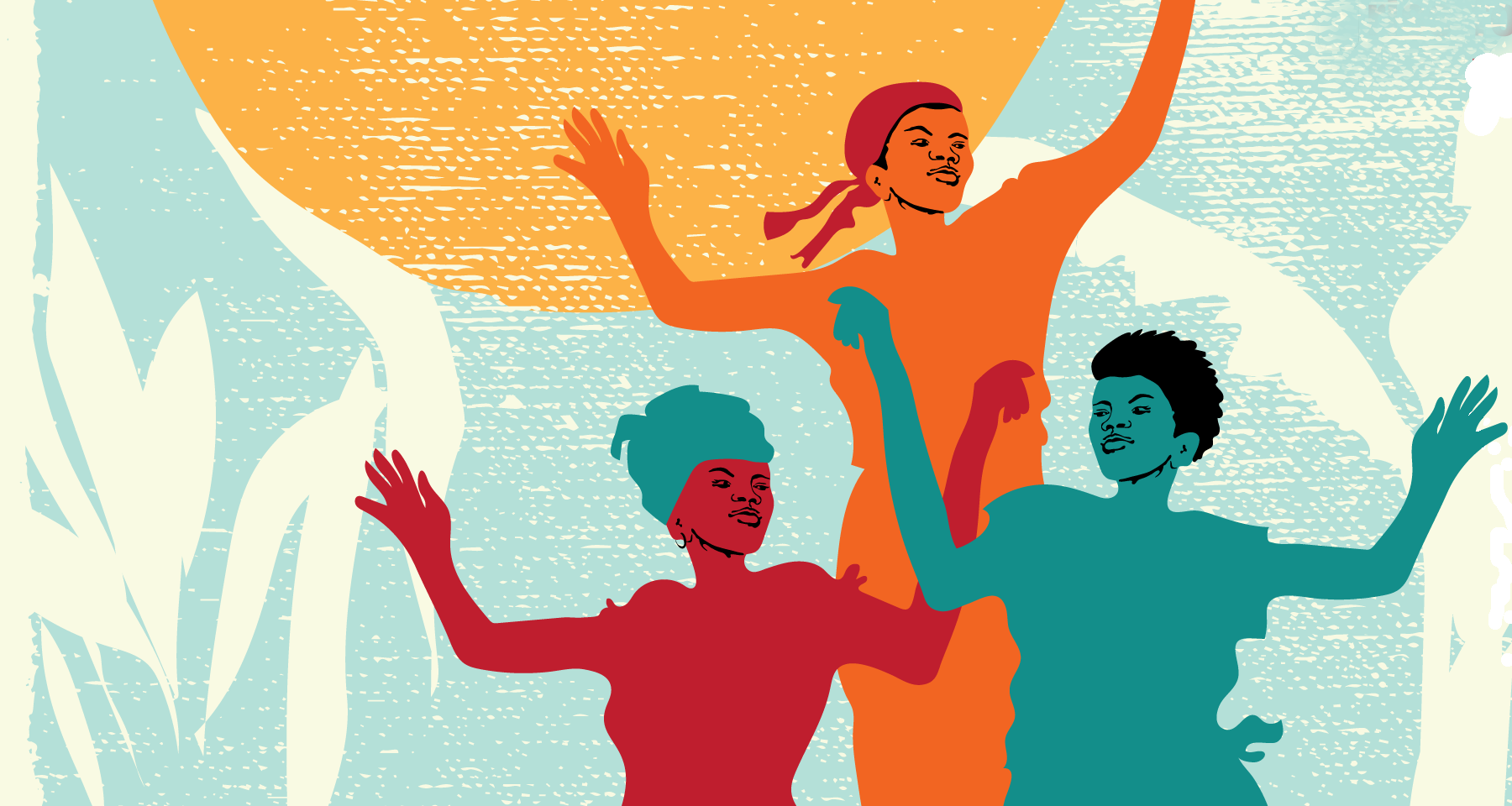 An uplifting appraisal of the courageous resistance of sisters in struggle at home and abroad, punctuated by poetry and song.

Remote audience participation is encouraged! Be prepared with a picture of someone you want to honor or an important object signifying women's struggle, or simply be ready to raise your hands to salute humanity's unquenchable fight for freedom. 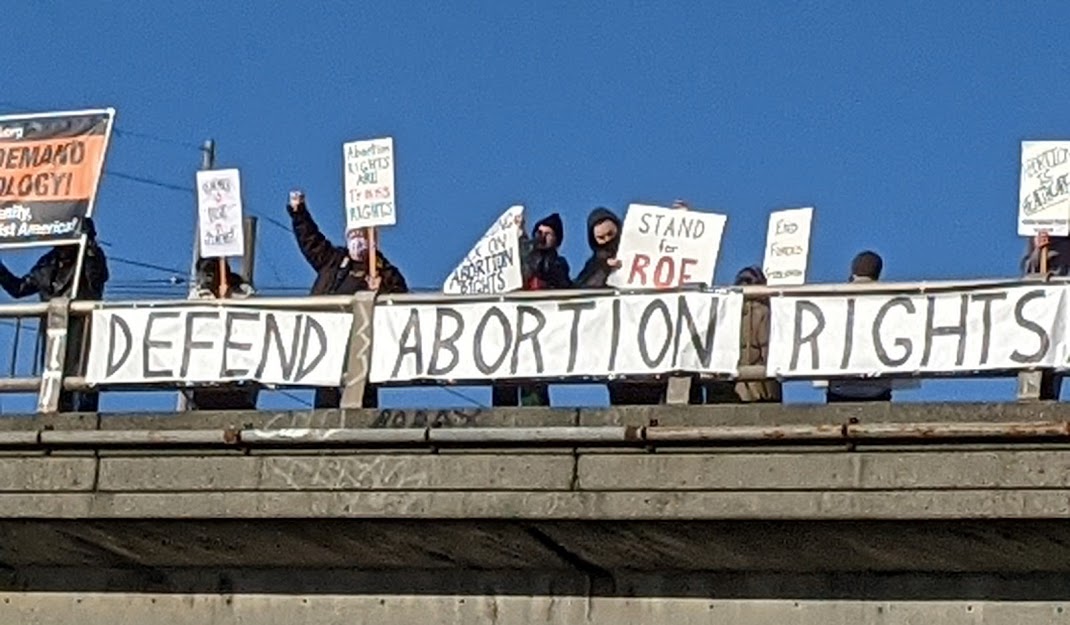 Get involved and work with Radical Women and other activists in a grassroots effort to defend abortion and all reproductive justice. The U.S. Supreme Court decision on the Mississippi case “Dobbs V Jackson Women’s Health Organization” will undoubtedly gut, if not destroy, abortion rights for most people. We want to put a stop to these attacks!

In 2021, Radical Women called for a National Mobilization for Reproductive Justice in response to these attacks. The intersectional demands, which are listed below, were democratically crafted by groups and activists in several cities and towns.

Locally, Radical Women has worked in coalition with others around these demands to defend reproductive freedoms. More pressure is needed. So, we are putting out this call for a “day of decision” action for when the Supreme Court rules on the Mississippi case which is expected in the summer. We also plan to organize activities and events leading up to the decision date.

The initial organizing meeting will be Wednesday, March 9 at 6:30pm via Zoom. Please register here: https://tinyurl.com/repro2022plan

Even in the Pacific Northwest, pregnant people in Central and Eastern Washington often have to travel as far as Seattle to get an abortion. In “liberal” Seattle, there are still issues of affordability. The destruction of Roe V. Wade will endanger reproductive rights in conservative regions and embolden Washington state’s patriarchal right, which already targets Planned Parenthood offices and other clinics.

Legal, free, and accessible abortion should be guaranteed for all, but it is a real survival issue for poor, women of color, and trans people. Together we can demonstrate public support for Roe V. Wade and pressure the U.S. Supreme Court. It will take feminists, working-class people, unionists, students and all defenders of human rights to make this happen.

Demands from the National Mobilization for Reproductive Justice:

If you are part of an organization or union, please encourage them to endorse this effort too. Endorsers will be listed for the local and national campaign. Endorsement form

Feel free to contact Radical Women at RWSeattle@mindspring.com, 206-722-6057 with any questions.


Feminists mobilize for the needs of working women 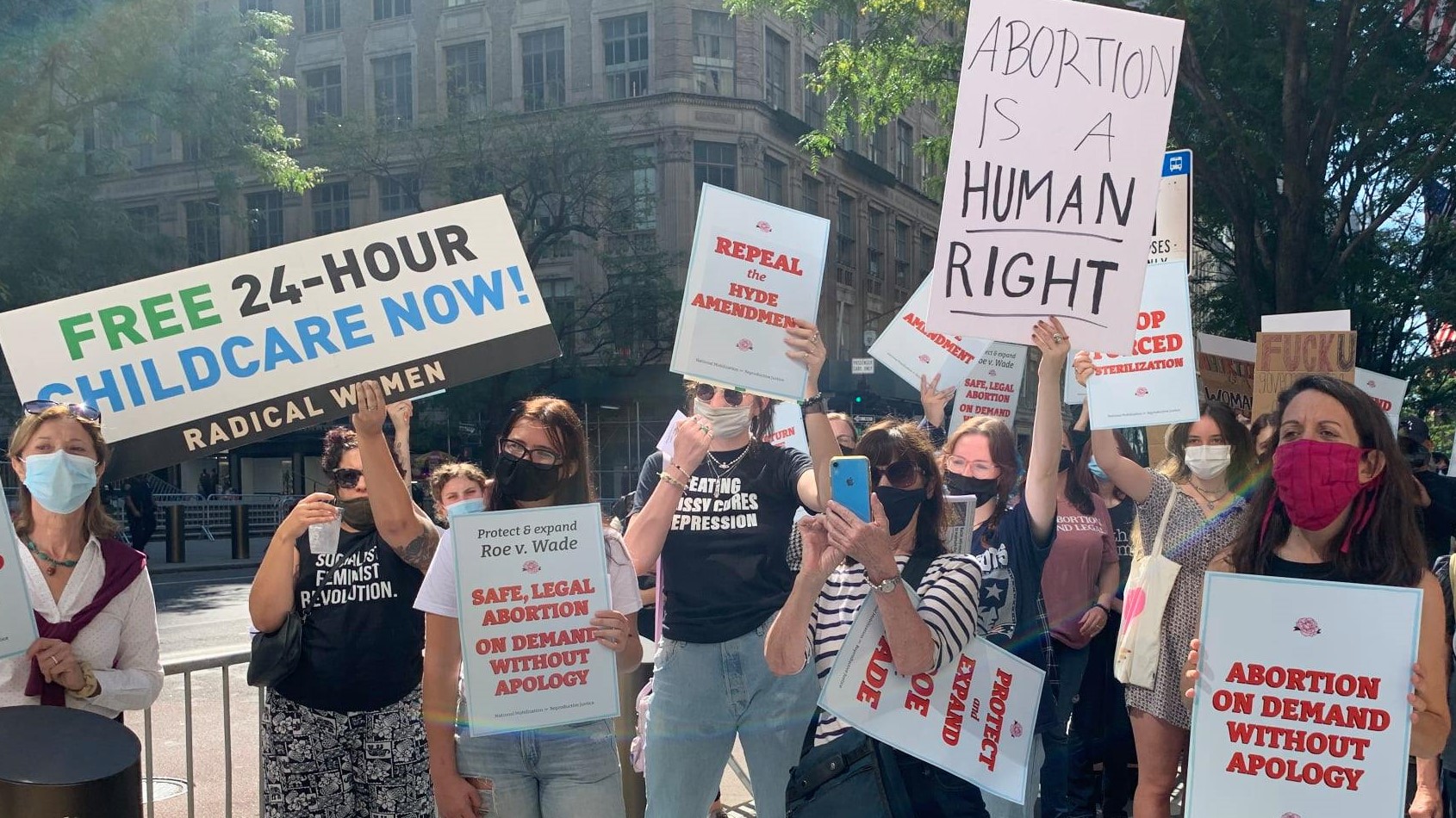 Why doesn’t the U.S. have publicly funded childcare? What can be done about it? Even before Covid, U.S. childcare was in crisis. In the past two years, many working moms have been forced to give up jobs and economic independence to take care of kids. Bring your thoughts and share your experiences at this Radical Women organizing meeting.

Also on the agenda: update on the groundbreaking Black History Month event, “Black Women Fire Up the Movement for Reproductive Justice.” Find out how to plug into local reproductive justice organizing.


Black Women Fire Up the Movement for Reproductive Justice 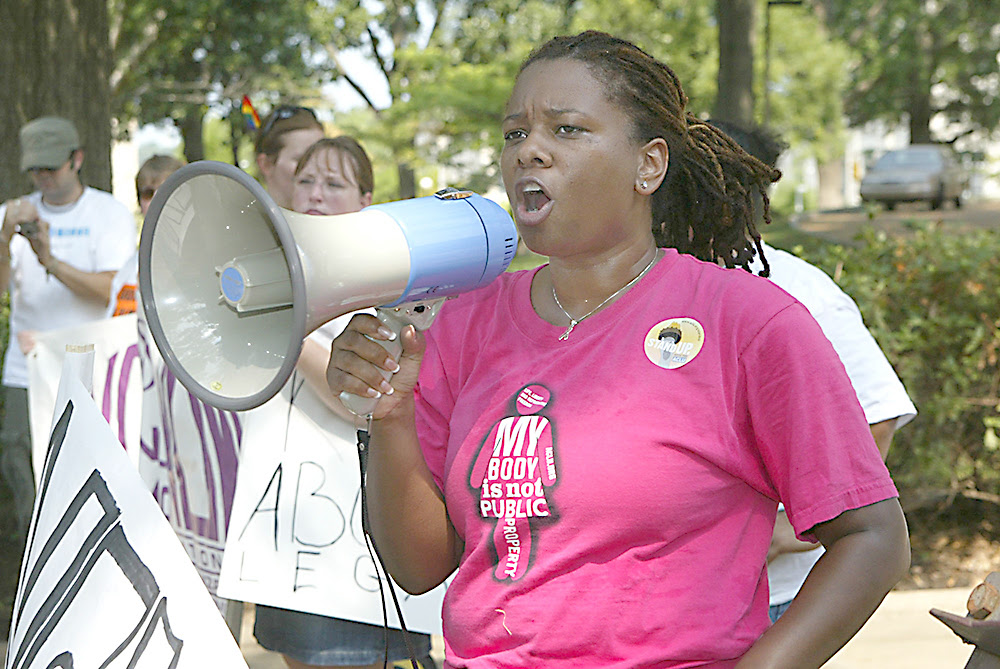 The war on abortion access and reproductive rights is mounting daily. In the crosshairs of these assaults, Black women are leading the fightback. Hear from grassroots organizers about how you can help build a militant, multiracial movement that is centered on demands that leave no one behind.


No going back on abortion rights! 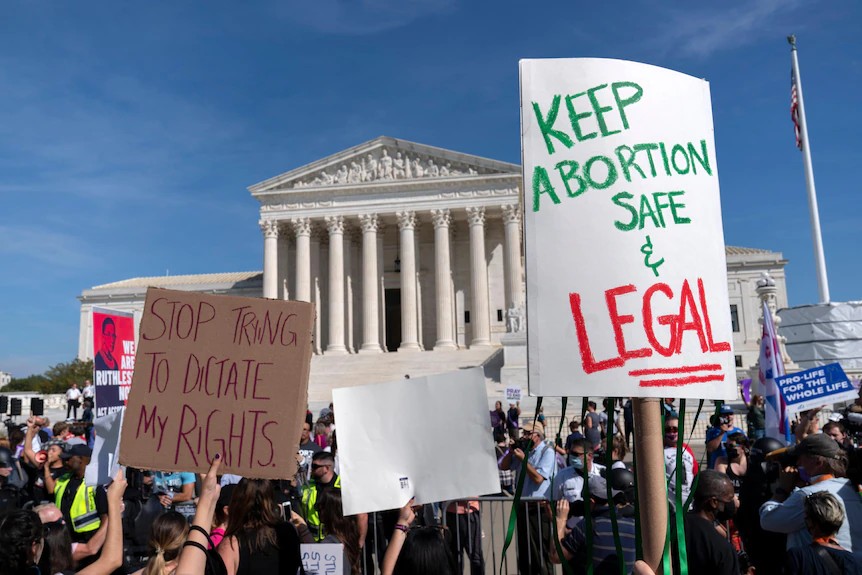 Mark the anniversary of Roe v. Wade, the decision that legalized abortion in the U.S., by demonstrating that the fight continues for all reproductive justice. Show solidarity with activists mobilizing across the country. Signs and banners will be available or bring your own. Help send the message that Seattle is a pro-choice town! #StandforRoe #MyDecisionAlone

Bannering at NE 45th St. overpass of I-5, Seattle