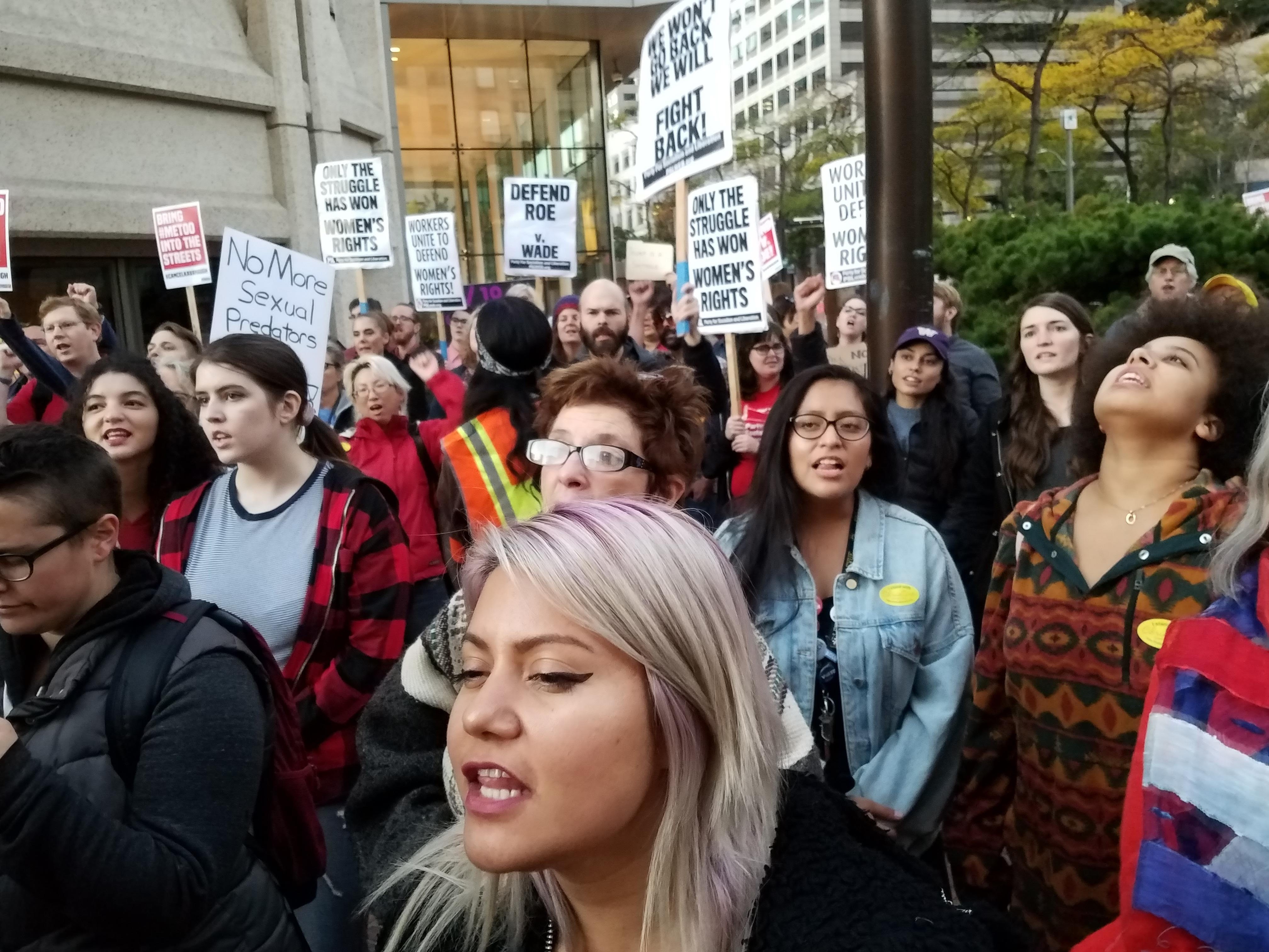 Here we go again. Another hard-right Supreme Court nominee sits before Congress dodging questions that we know the answers to. Her record is crystal clear. Amy Coney Barrett follows in the conservative footsteps of Antonin Scalia (her mentor), John Roberts, Clarence Thomas, and Brett Kavanaugh. And as the Democrats wage yet another ineffective attack, we can pretty much be assured of Barrett’s confirmation.

Barrett opposes abortion and reproductive rights. She has routinely ruled in favor of corporations over individuals. According to the Alliance for Justice, Barrett’s business-focused actions on the federal bench have limited the enforcement of age-discrimination laws, restricted federal agencies’ power to punish companies that mislead consumers, and reduced people’s rights against predatory debt collectors. In August, Barrett ruled that GrubHub drivers were not a “class of workers” and therefore not able to file a class action lawsuit for unpaid overtime.

Furthermore, she favors denying green cards to undocumented immigrants who have used the social safety net. She ruled against victims of sexual assault on campus and would take away hard-won victims’ rights.

So, no, we don’t have to wonder what damage she can do to civil liberties and the rights of women, queers, workers, and immigrants as a Supreme Court judge. We know. Barrett is on record saying she believes in the Constitution as it is written not as justices would like it to be. But the reality is she and her cohorts will torture the Constitution if needed to make a ruling that lines up with their ultra-conservative beliefs.

The personal is political

Radical Women is appalled by Barrett’s attempts to pander her family to the television audience, showcasing her husband and seven children to prove she’s just a regular hard-working mom. She tells how she cried with her adopted Haitian daughter over George Floyd’s murder, but refuses to answer any questions of substance on the Affordable Care Act, civil liberties or a woman’s right to control her body.

Barrett, and her Republican backers, argue that her religion and personal life are not at issue.

Of course they are! Her personal and religious beliefs are the backbone of her political ideology. Barrett belongs to a hard-right, secretive Catholic group called “People of Praise” that believes in extreme gender roles and until recently called high-ranking women “handmaids.” They expel gay members. How is this not relevant? Barrett signed an open letter that opposed abortion, and believes life begins at fertilization of the egg. This makes many forms of birth control, including the pill and IUD, equal to murder.

Furthermore, Barrett belongs to the right-wing Federalist Society, which grooms conservative lawyers and judges and has ties to the notorious Koch brothers. It’s opposed to “government intrusions” and believes in limiting laws affecting private property and businesses. Members of the society have rigorously gone after abortion rights and the Affordable Care Act. Of the federal judges Trump has put on the bench, the vast majority are current or former members of the society. Clearly, Barrett is more than willing to be a handmaid to Trump and his ilk.

The Supreme Court upholds and promotes the priorities of the class in power — the capitalists. This partially explains the ineffectual showing of Democrats every time another rabid right-winger is put forward for the court. They serve the same fat cats and bosses as their Republican cohorts.

Supreme Court justices are appointed for life — it’s completely undemocratic. As Howard Zinn so aptly stated in his 2005 article, “Don’t Despair About the Supreme Court”: “The courts have never been on the side of justice, only moving a few degrees one way or the other, unless pushed by the people.”

Feminists and working people can’t rely on either party or the Supreme Court to protect our rights. We have to do it ourselves! Apply enough public outrage, and even conservative judges can make surprisingly good decisions — as evidenced by civil rights legislation, same-sex marriage and Roe. It’s not going to be easy; the court has taken a hard turn to the right in recent years. But one role of the court is to serve as a safety valve against rebellion of the populace. Exert enough pressure and the court will rule to let off some of that steam.

Thanks to the leadership of Black and brown youth, especially young women, there is an active movement in the streets protesting against systemic racism, misogynistic white supremacists, killer cops and discrimination on the job. This is the kind of organizing that can influence the courts.

Creating a united front is a good next step. An expansive movement with agreed-upon demands led by and including the issues of all those groups targeted by the right wing and religious fundamentalists — women, people of color, the LGBTQ+ community, youth, people with disabilities, elderly, immigrants, unemployed, underemployed, unionists, and students.

But ultimately, what’s needed is ending this misogynist, racist, planet-killing, profit-driven economic system. Replacing it with a socialist society based on shared wealth would eliminate worrying about laws being made by those who oppress us. It is possible to provide access for all to quality education, childcare, health care, reproductive rights and employment along with clean air, water and land. We just have to get rid of the profit motive.

Capitalism and its bought-and-paid-for politicians and judges can’t and won’t meet basic needs. It is our constitutional right to demand revolutionary change. The time is now! Don’t mourn, organize!

Radical Women of all ages, races, and sexualities are leaders fighting for just this kind of powerful, multi-issue socialist feminist program. Get involved at RadicalWomen.org.